Nawr Yr Arwr \ Now The Hero blends three periods of war: Celtic – represented by the epic War poem ‘Y Gododdin’; The First World War – represented by The Brangwyn’s British Empire Panels; and, the Contemporary – represented by a serving soldier from Swansea who provides the narrative arc for the performance.

The project’s main stimulus are The British Empire Panels, an astonishing series of paintings by Frank Brangwyn, which are displayed in Swansea’s Brangwyn Hall. The panels were commissioned in 1928 by the House of Lords to commemorate the First World War, but were rejected as ‘too colourful and lively’ for the British Parliament. 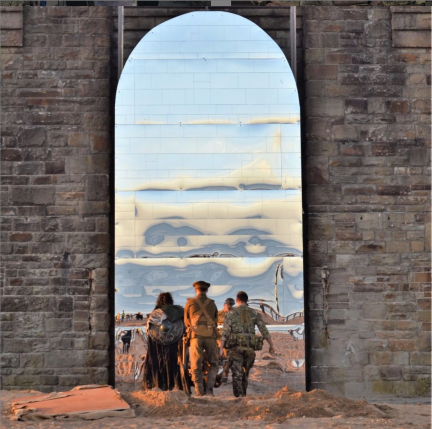 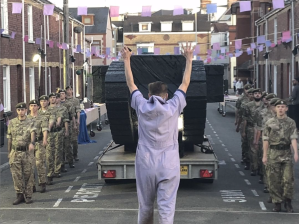 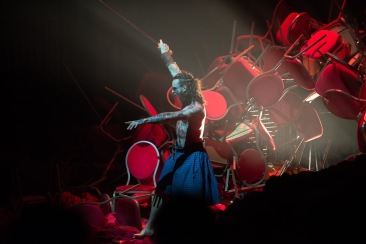 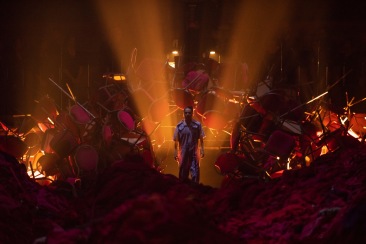 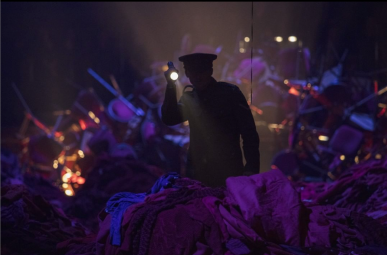 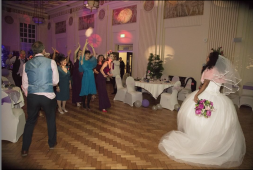 The ‘Hero’ in the show’s title alludes to the famous 1917 Eisteddfod chair-winning poem ‘Yr Arwr’ (Blessed Peace) by Hedd Wyn, a pacifist who was born on a farm in Gwynedd and died with half a million others at Passchendaele. Today, the 1917 festival is known as ‘Eisteddfod y Gadair Ddu’ – the Eisteddfod of the Black Chair.

The audience will experience scenes, meditations and reflections of war/peace via a military storming, a raucous wedding party, a protest dance and an ancient wake. It culminates with an outdoor harvest supper curated by artist Owen Griffiths and framed around the symbolism of Brangwyn’s work. This will include the indigenous vegetables and herbs depicted in the panels, grown locally in Swansea through Griffith’s project GRAFT at National Waterfront Museum and served as a soup, thus offering an opportunity for the audience to ingest the panels and to contemplate the experience that the paintings have provoked.